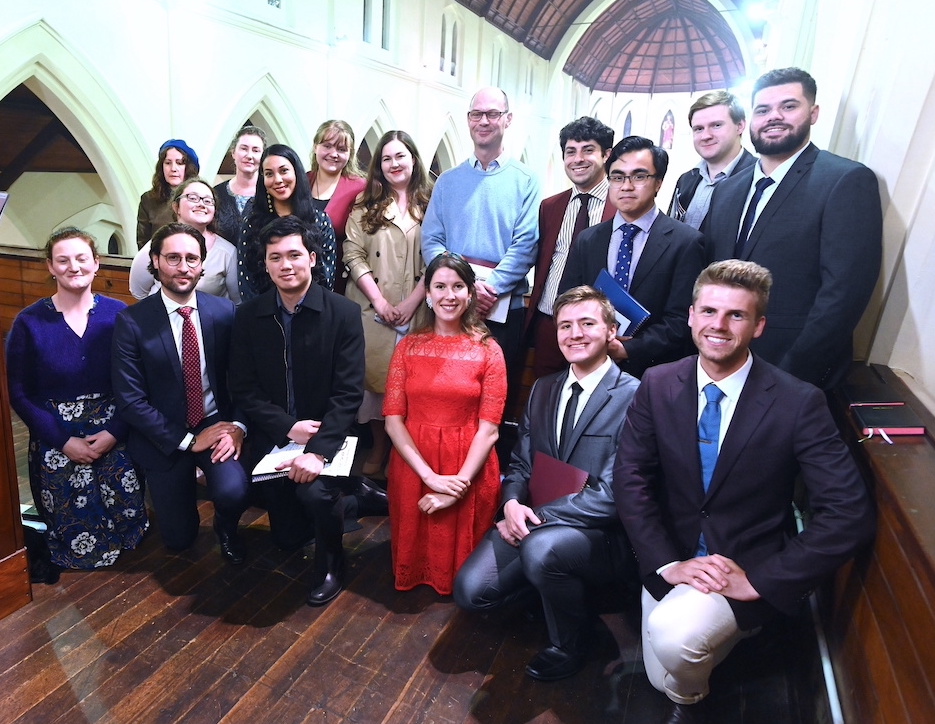 The Newman Parish Choir is a dedicated group of singers who are learning the art of sacred music - with a focus on Gregorian Chant and polyphony. In response to growing Parish numbers, this year we are hoping to grow a musical programme, with choir opportunities ranging from beginner to advanced. There is likely a lot of untapped musical talent in the pews of our Parish. Currently, we are calling for advanced, adult musicians in the Parish who are interested in auditioning for the choir to come forward (these should have proficiency in sight-reading, ability to hold a part in polyphony, ability to sing Gregorian Chant, and ideally some choral experience). Sometime after Easter, we will broaden this invitation to include those interested but less experienced. Instrumental musicians – especially those interested in or experienced with organ – are also welcome to get in touch. Please contact: Natasha Petrakos 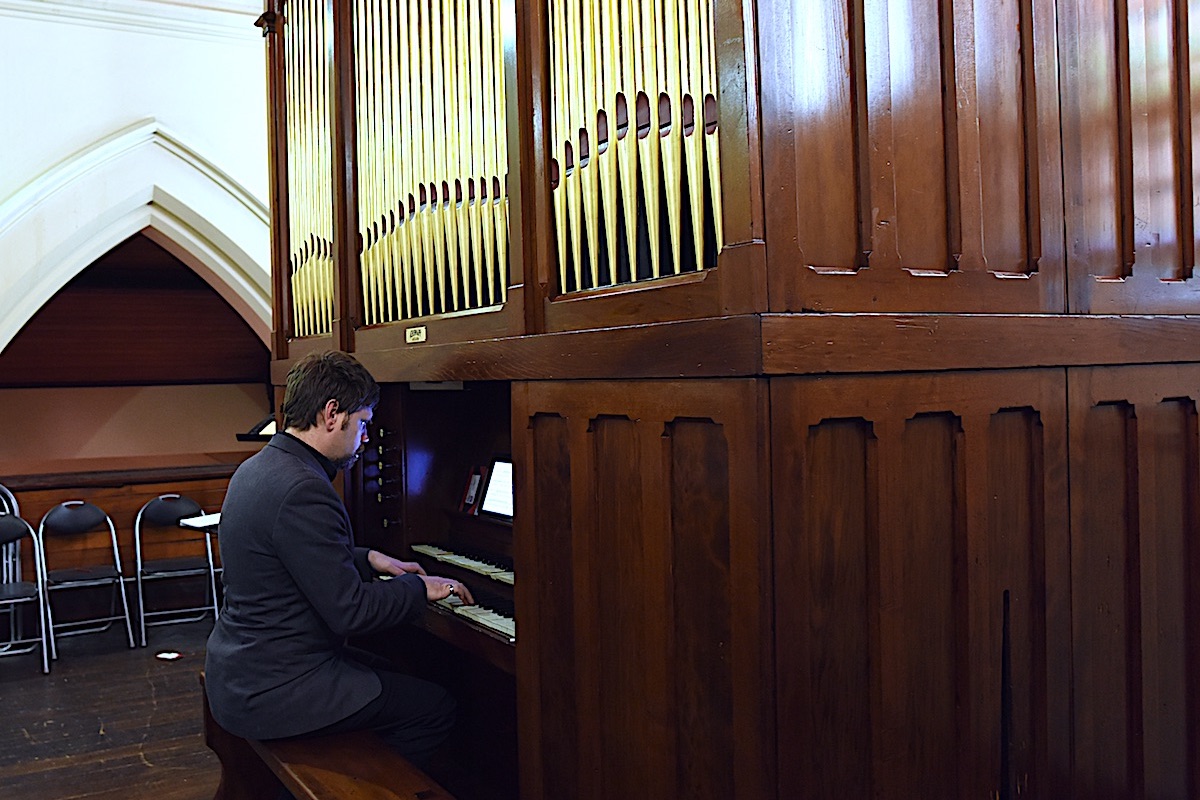 The historic J.W. Wolff organ was blessed at St. Aloysius' Church on Gaudete Sunday, 12th December 2010, along with the induction of its first principal organist.

History of the Organ

The organ first opened at the Wesleyan Church, Port Adelaide on 13 May 1880.  It was sold to the Congregational Church, Medindie in 1911 and later to the Congregational Church, College Park c.1942, which later became the Seventh Day Adventist Church. It was there until 2005, and then put into storage. This organ, of the utmost significance, is largely in original condition and retains its hand blowing feeders and rare mechanical 'push-up' action.
Johann Wilhelm Wolff (1818-1894) - Wolff was a native of Lehe, a small village later absorbed into Bremerhaven.  Arriving in South Australia 1849, he already had the funds to invest in property in Adelaide.  He was building organs in South Australia 1862 – 1880, producing as many as 22 instruments.  It can be assumed that he would have had some prior experience in Germany, although the gap of 13 years after he arrived before the production of his first instrument raises questions.  His instruments were built for some of the principal churches in Adelaide and elsewhere, together with private homes entirely in South Australia, although none went to the Barossa region that was served by organbuilders Krüger and Lemke.  His business also imported German pianos from W. Biese and E. Seiler.  His organs were clearly different from those built by English builders, with unusual casework, pipework and distinctive tonal design, an interesting amalgam of English and German stylistic characteristics.

We renew our deep gratitude to the Benefactor of this organ for his generosity. We also wish to acknowledge and thank Ian Wakeley, and the staff of Wakeley Pipe Organs Pty Ltd (Campbell Hargraves, Keith Denmeade, Justin McDonnell, and Benjamin Briggs) for their dedication and expertise in the superb restoration of the organ. A special note of acknowledgement and gratitude goes to Miss Ellie Davin, organist and choir mistress of St Aloysius' Caulfield for almost 50 years (beginning in 1950), who always sought to maintain the Church's tradition of Sacred Music at St Aloysius'. 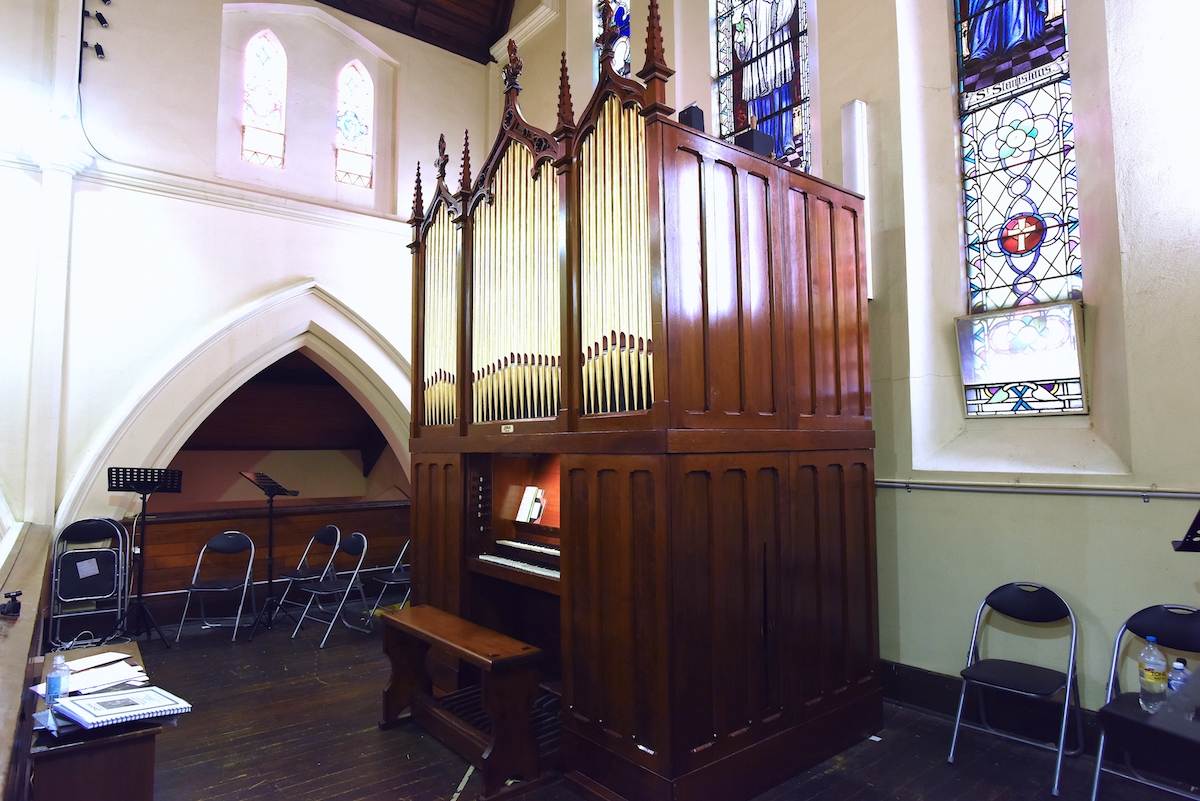